Posted on June 12, 2012 by melindamcguirewrites

With a name like Andi Kay and a grandmother not in the least bit shy about her Alabama roots, it should be no surprise that I come from a long line of back woods southern names like Lona Mae, Veramer, and Nova Jane (all said with the longest imaginable drawl ever).

I’ve lived in Texas my whole life, my Dad was born in Lousiana, nearly all my ancestry on my Dad’s side is rooted in a Hicksville anywhere south of the Mason Dixon line.  I have cousins who still use the term ‘Yankee’ (and not in reference to a sports team), aunts with award winning casseroles, all my in-laws carry guns, my husband is a redneck millwright, and there is constant debate over whether LaWanda or Betty Sue have the best iced tea.  So it should also be no surprise why I find southern literature endearing.

As a ten year old tomboy from the south, my favorite was Huck Finn.

I read it frontwards, backwards, sideways, upside down… ok not really, but I had read it no less than 12 times by the time it was required reading for school. I had to staple the book together as all the binding came loose.

Tom and Huck were my quintessential go to boys.

Despite being described as a satire about “Southern antebellum society that had ceased to exist about twenty years before the work was published” (Wikipedia), Mark Twain’s characters were familiar and the environment not so unlike places I had been when visiting family to not feel homey the first time around.  Is all of the south like this? Absolutely not.  Is some of it still like this – yep.

Moving into middle school, I had an unhealthy obsession for all things John Grisham.

Give me the south, a murder, and some bad asses trying to save the world through their intelligence and argumentative skill and I’m hooked.  Again, Grisham’s work was rooted in enough of a familiar reality that I found all his tales gripping.  It wasn’t a stretch to see myself being caught up in the same drama as Mark Sway, eleven year old murder witness, or at least be friends with the boy at school. 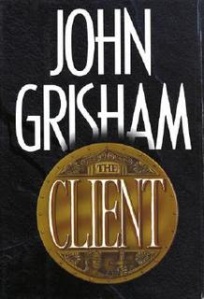 Branch out my southern experience a bit, and I bring you Frances Mayes’ Swan. 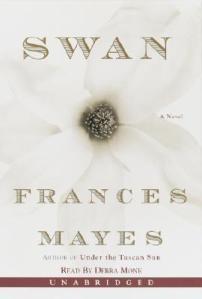 Known for her Tuscany series and the fact that she is an awesome Creative Writing professor in San Francisco, many people miss out knowing she’s from Georgia.

Swan is a beautiful piece on dark secrets in Georgian families, and her writing is flawless and gorgeous.  I read the whole book in one sitting, stretched out on the living room floor while basking in the sunlight streaming in, like a hound.  It was a wonderful day, and I recommend this book to anyone who has a good pitcher of sweet iced tea and a day off handy.

From this little list, though, I probably have you thinking that we southerners are all about murder and mayhem.

That’s not true, we’re really into our fried foods too.  And family, and tradition, and comfort, and joy.  And pie, can’t forget the pie.  But we’re a protective and territorial bunch, proud of our roots, but happy to share.

That’s why reading about it is so wonderful.  We like feeling at home, and we like feeling invited, and a good deal of us are nosy as hell and just want to pick the brain of someone else.  So what better addresses all of that than reading the work of a southern writer?

Many thanks to Andi Kay for being a guest on Southern Creatives! I so thoroughly enjoyed reading her post, and many of her books are old friends to me too. 🙂

And, you can connect with her on Twitter – @anakaliaklemm

The young man or woman writing today has forgotten the problems of the human heart in conflict with itself which alone can make good writing because only that is worth writing about, worth the agony and the sweat. ------ William Faulkner, Nobel Prize Speech, Stockholm, 1950
View all posts by melindamcguirewrites →
This entry was posted in Southern Creatives and tagged andi kay klemm, book reviews, southern authors, southern creatives, southern fiction, southern fiction fans, southern readers. Bookmark the permalink.